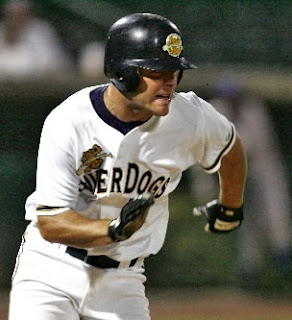 Spending the spring in Florida, there is a lot of talk on television, radio, and in the newspaper about the local spring training teams. They cover the players, are their stats, the schedules, the injuries, and the various teams expectations. Among the players are both “big” leaguers and the “minor” leaguers. The big leaguers are trying to get in shape for the season and keep their jobs. The minor leaguers are also getting into shape for their season and hoping to make it to the big leagues. But when I visit service businesses, I find something a little different.
In baseball, players are drafted just as we “draft” new employees into our businesses. Then the differences begin. In baseball, the new player is evaluated on his strengths and weaknesses and assigned to a farm club to improve his skills so he can play at his maximum capabilities. In many service businesses, we send the new “player” to ride along on a truck with another tech for a few days. We get a little feedback from the tech and then put the new “player” out to take care of customer problems and provide the excellent customer service we expect. Somehow we think the new player will do the job as well as we would ourselves.
We need a new paradigm; one in which we have a career plan for the new employee at least 3 to 5 years out. We do this by setting out expectations from the new employee to meet throughout their career at our company. We set increases in their income on gaining new skills that make them more valuable to the company. We expect them to achieve success in state and national accreditation such as a Master Plumber’s license, NATE certification, a manufacturer’s training program, or a degree from a college or association training program.
This career plan needs to be written and specific. It should be clear what needs to be done by the employee to move to the next level. Each level has a pay range, a list of skills need to be in that level, and what training or skills are needed to get to the next level. There is a pay range since an employee may be at a level for several years but after six months or a year has accomplished many of the skills needed for that level. There can also be automatic increases as a Technician becomes NATE certified or gets his trade licensing.
There are numerous benefits to a career plan for an employee. They know what they must do to gain a raise or move to the next level. There is a sense of a future at your company for the employee. There are some written metrics to evaluate an employee by at review time. When you hire a new employee, your company shows the employee is important and there is a future at your company.  You can direct an employee to the skills your company needs to better serve the customer and be more profitable.

Contact me if you would like a sample of a plan that you can use as a template to write your own career path for your employees.

Dan has been involved in the service business for over 50 years operating a successful plumbing heating and air conditioning business and consulting service businesses. He can be contacted at Dan@SayYesToSuccess.com.

Posted by Dan@SayYesToSuccess at 10:43 AM 2 comments: 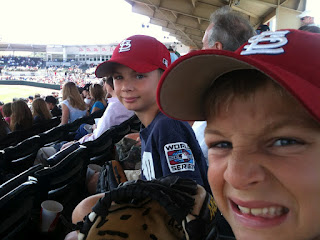 This last week our Grandsons were off for spring break, they live in the Orlando area. In order to give our Daughter a break from the boys, I took them to a Spring Training game. I didn’t want to travel all the way to Lakeland to see “My” Tigers so we went to Kissimmee to see the Houston Astros play the Florida Marlins. They had a special for 2 tickets, two hot dogs and two soft drinks for $28.00. The weather was great and the seats were pretty good. The boys brought their mitts just in case a ball came close. As we watched the game it hit me over the head like a rock! Most HVAC, plumbing, and electrical service companies are perpetually in Spring Training mode.
So you ask what do you mean, Dan? Let me recap a couple of events at the game. To start the game, a young lady sang the National Anthem. She was unaccompanied but should have been. One of the Astro’s star players did not hustle from 1st and was thrown out at home plate on an extra bases hit to center field. The Astro’s center fielder and left fielder did not coordinate a call for a fly ball and it was dropped for a hit and a run for Miami. A Houston runner was picked off second base because he was not as alert as he should have been. A lot of minor league players were in the game and the regulars did not play up to regular season caliber. I see the same thing in many service businesses but it’s year around! Let me put it into the genre of your service business.
Just as the lady that sang the National Anthem, you have not provided accompaniment for your office staff. They have poor equipment to work on, need more training and practice; they were put into their positions without being evaluated for the quality of their performance. They are there as the lead-in the start of the game of providing world class service to your customers.
Just as the star player did not hustle and score a run for the home team, your star players are not hustling around the bases. They are not completing all six steps of a service call and even worse, they are not providing the customer with options for upgrades and add-ons.
Just as the two outfielders did not call for the ball, your team is not making the calls that will provide the customer with the best possible service. Wrong Tech to the wrong job, poor routing, lack of communication of key information between the office and the field just to name a few of the call for the ball errors in your service company.
Just as the runner was picked off because he was inattentive, you and your team members are letting others pick off your customers because you have been inattentive. In fact you are so inattentive your customers don’t remember the company that serviced them and they don’t have an easy way to find you. You haven’t kept in touch with them, you don’t have regular newsletters for them, no postcards, no stickers on equipment, no outbound calls to them, no referral program. Perhaps you online presence is so weak, they can’t find you on the internet either.
As the team owner, general manager, and coach, it’s your responsibility to get your team into regular season mode each and every day. You need to get out of spring training mode and get your head into regular season play. Time to move forward to prepare for each day as at least a regular big league season game if not a game seven of the World Series.